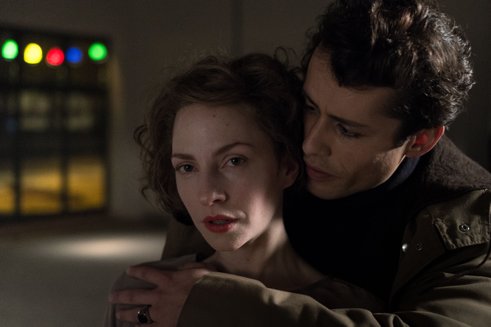 Freddy finds himself in the biggest crisis of his life, because he gets accused to have beaten up his wife. While his world collapses, Eddy, his childhood imaginary friend reappears. And he looks exactly like him. What is a big support for him in the beginning, turns out to get the worst horror. He looses control over Eddy and nobody believes him that it is not him, doing all the atrocities. How to prove someone who used to be a product of your own mind is alive?

FREDDY EDDY was shot in 2015 two weeks in Berlin and 3 weeks at the lake of Tegern in Bavaria, Germany. Unfortunately right now it is very hard to get money for a thriller in Germany.

But the team and the actors believed in the story and that there is more in german cinema than comedys. That’s why they decided to shoot it with little money (straight from the director’s pocket). Means nobody worked for money. Everybody just got a contract that says you get your money in case the film brings money in.

They were very lucky to get so much support from all sides.

The good thing about dealing with a project where nobody really earns anything, is that everybody works on it with passion. And that’s what they did. The team was a perfect mixture of very experienced team members and people who worked in films since a short time only.

We are all very happy that all the effort paid off and FREDDY/EDDY already won a couple awards.